The third phase of research of non-native marine species began at Cocos Island National Park. This research began in 2017 in collaboration with the Charles Darwin Foundation (CDF) of the Galapagos Islands, the Smithsonian Research Center (SERC), and the Directorate of the Galapagos National Park (DPNG), under the Marine Invasive Species Project led by FCD-SERC, with the support of Friends of Cocos Island Foundation (FAICO), Galapagos Conservancy, and the Paul M. Angell Family Foundation.

The goal of this research project is the conservation of Cocos Island National Park via the monitoring of non-native species in order to minimize its impact on the ecosystem.  The implemented methodology creates a baseline of species present and allows establishing protocols for detection and rapid response to a possible invasion. 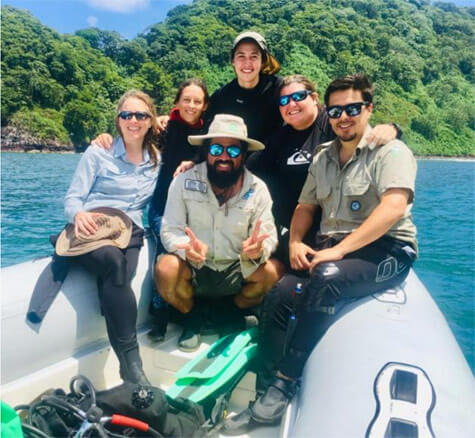 Last year, during the second phase of the project on Cocos Island, 20 settlement plates were placed in Wafer and Chatham bays.  The methodology uses the standardized protocols used by SERC for marine invasive species around the world.  The plates work like a replica of a ship’s hull; any species that could adhere to a ship would also settle on the plates.  After three months, in February of this year, a team made up of members of the CDF and SERC returned to the island to remove and analyze the plates with the help of officials from Cocos Island National Park. In total, 16 of the 20 plates placed in November 2018 could be recovered.

The analysis took place in a temporary laboratory at the facilities of Cocos Island National Park, established for this purpose. The plates were examined by Dr. Inti Keith, Lead Researcher of the Marine Invasive Species Program; Sofía Green, CDF Field Assistant; and Dr. Gail Ashton, a SERC expert taxonomist. During the analysis, a list of the species settled on the plates was obtained, plus morphological and genetic samples that will be sent for further analysis and identification in SERC laboratories by taxonomists specialized in marine invasive species.

According to Dr.    Keith, “The plates are colonized by various marine invertebrates, some of which may be non-native to Cocos Island. It is important to determine this to be able to act accordingly.” 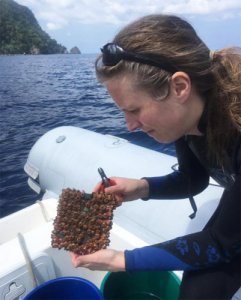 During the expedition, subtidal monitoring was also carried out using SCUBA diving at the main diving sites on the island.   The dives were focused on conducting targeted searches for non-native species in rocky areas and coral reefs in a depth range of 5-30m.

These dives resulted in the discovery of a non-native species at various dive sites, which has been seen to increase on the island in recent years.  Data were taken from the dive sites where it has colonized, the habitat and depth at which it is found, and other relevant data with the idea of continuously monitoring it to observe its behavior and expansion. At the same time, a sample was taken for the genetic analysis that will be done together with the species found on the plates.

Geiner Golfin, who is in charge of the Management Program said that “reaching this phase in this research project is an achievement not only for the logistics developed, but also for the results found so far where we hope to define management guidelines for the marine protected area of Cocos Island”. 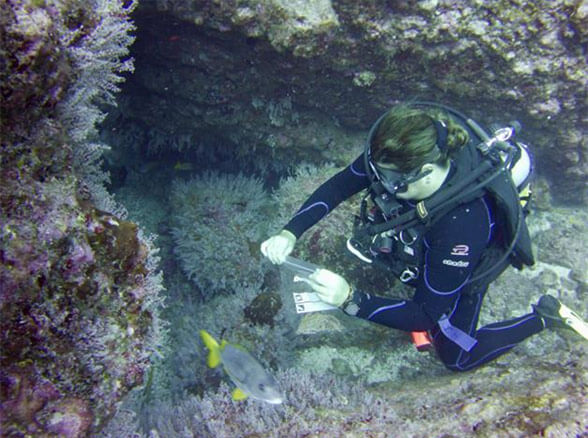 Andrea Montero, Conservation Manager at Friends of Cocos Island added: “The introduction of non-native species has been recognized as the first most important reason for the loss of biodiversity on oceanic islands. Therefore, prevention, detection, and rapid response to this are of vital importance for the conservation of national parks and marine reserves, such as the Galapagos Islands and Cocos Island. ”

The aim is to work with countries in the region with a standardized methodology to obtain better results and work for the preservation of these places.

This research arose from the union of countries (Ecuador, Colombia, Panama, and Costa Rica) for the preservation of the Marine Corridor of the Eastern Tropical Pacific (CMAR) and the next step is to replicate this research project in Panama and Colombia, in the same way that it has been done in Ecuador and Costa Rica. 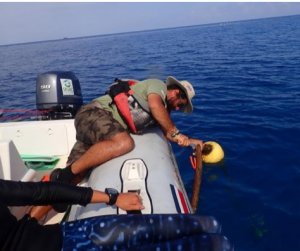 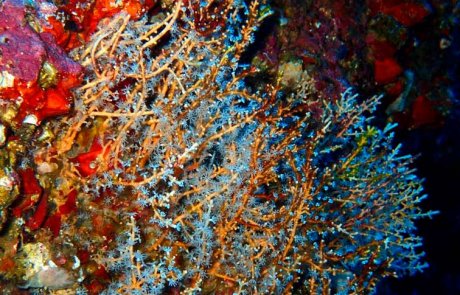 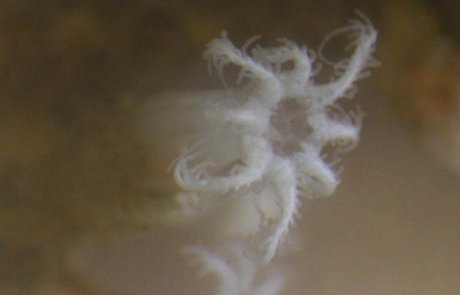 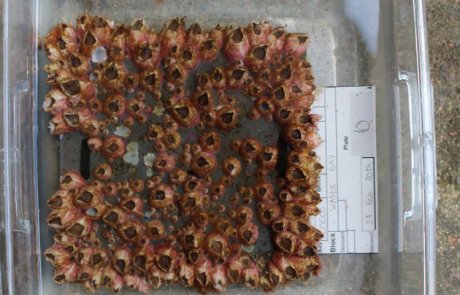