Between March 16 and 18, two boats set sail to transport volunteers and remove the waste and accumulated residues of several years in Cocos Island National Park (CINP).  Marine litter, fishing gear such as lines, buoys, and hooks were found, as well as countless debris, such as obsolete metal and plastic equipment. Much of these waste and trash made it to this marine protected area after drifting.

This initiative is a historical unprecedented event with a great environmental impact. This country project was led by the Ministry of Environment and Energy (MINAE), the Cocos Marine Conservation Area (ACMC-SINAC), and Friends of Cocos Island (FAICO), with the support of companies such as Smart Rabbit, SC Johnson de Centroamérica S.A., Rex Cargo, and in partnership with the Sea Shepherd organization.

In this regard, the Minister of Environment and Energy, Carlos Manuel Rodríguez said, “Over the years, the confiscation of fishing gear and other devices have filled up the Cocos Island operations facilities with garbage. With this initiative, we achieved public-private inter-institutional support and thanks to this, Sea Shepherd sent us a boat to remove all the accumulated plastics and garbage. The agreement was signed for Recope to supply us with fuel for the boat and thus carry out the removed material. This had been attempted on previous occasions, but it was not until now that it was achieved, for which we feel very satisfied.”

The management of marine litter, waste, and residues is the responsibility of the Cocos Marine Conservation Area, which aims to promote recycling, education, awareness, and art initiatives to ensure that these do not return to the sea or to the island, such as phantom fishing gear, which is a material that can be used to raise awareness of such a common problem worldwide.

Gina Cuza, Regional Director of the Cocos Marine Conservation Area said that, “For many years, we have tried to carry out this activity that would allow the comprehensive cleaning of the waste that accumulated for more than 35 years in CINP.  With the tireless support of FAICO, volunteers, and companies committed with this type of projects, in addition to the coordination and unconditional support of the Ministry of the Environment, SINAC, and the high level of commitment of ACMC-CINP staff, today we can say, with much pride and satisfaction to all Costa Ricans, that we have the most beautiful and cleanest island in the world.  This will improve the health of the terrestrial-marine ecosystems and of the rangers of this Natural Heritage Site of Humanity.”

The official also clarified, “necessary protocols are being implemented that comprehensively allow the proper periodical handling and removal of waste from WPA in order to avoid having to repeat activities similar to the one carried out.”

In this regard, Alejandra Villalobos, Executive Director of Faico, declared: “The island is exposed to pressures that can affect its ecological integrity, including contamination, Cocos Island National Park is home to more than 2,600 species.  In addition, 19 park rangers live there, so a healthy ecosystem is essential. Conserving this natural laboratory is everyone’s responsibility.  We are proud to have been part of this mission by promoting actions that generate a positive impact on the island, as well as sensitizing the population through art and education, highlighting the importance of this national gem, which is recognized worldwide”.

Results of the mission “Cleaning our Cocos Island”

Of the tons of existing waste, fishing lines will be melted down to produce raw material for new products. Also, some of the buoys will be used for educational purposes in schools that join the #miisladelcoco campaign. In addition, works of art and sculptures alluding to the island will be made with lines, buoys, and hooks. As for the equipment and other waste, they will be dealt with by an environmental management company.

The work of park rangers and volunteers was key to this project, as well as the participation of private companies, since thanks to SC Johnson’s contribution to Faico, it was possible to support this historic event and cover part of the needs for food, personal occupational protection equipment, transportation of volunteers, and landing costs, and to finance traceability initiatives for artistic and educational purposes.

“Without a doubt, when great partnerships occur, everything is possible. Today, the Government, foundations, private companies, and volunteers, all together manage to make it possible. Recovering our terrestrial and marine ecosystems is key, but it is even more important not to continue damaging and polluting our planet.  We must all be part of the solution,” said Édgar Gálvez, Director of Smart Rabbit.

The Sea Shepherd organization provided the boat that transported volunteers and the existing waste and residues, along with the ground transportation of Rex Cargo, to take all the garbage to the Cocos Marine Conservation Area Regional office and to the designated collection sites.

For Jorge Serendero, Spokesperson and Director of Sea Shepherd Costa Rica, “The invitation to participate in this unprecedented event marks a historic milestone and is a clear sign of the awareness and will of the authorities and of the people of Costa Rica to undertake, with intensified passion, the protection of the country’s natural heritage.

The trip was a success, the waste is on the continent, and it will be traced to make sure it is channeled in the best way.  We have accomplished a mission that will be the first of many in order to conserve and protect our Cocos Island. 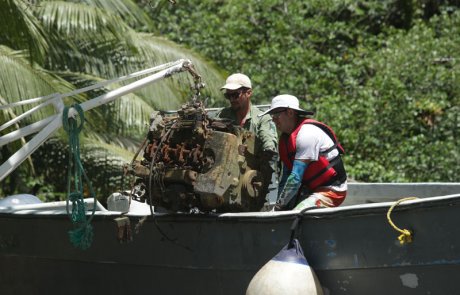 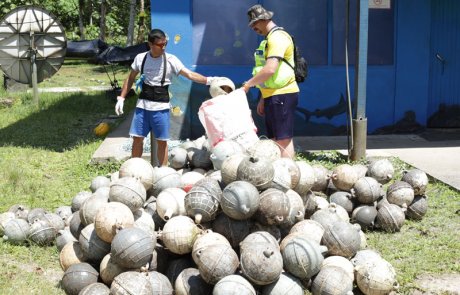 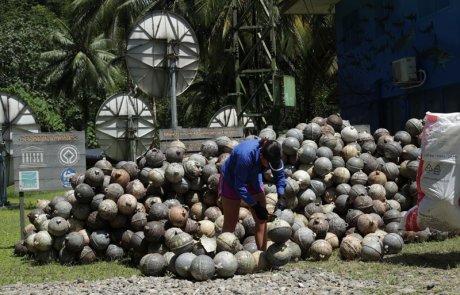 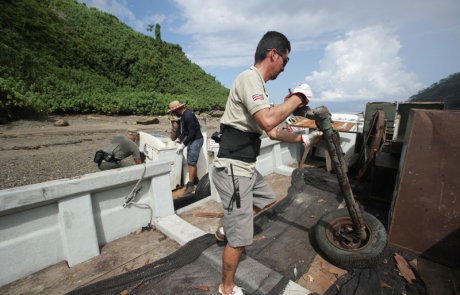 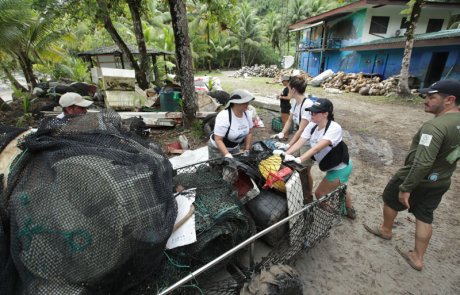 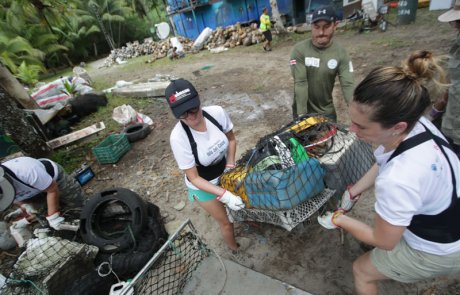 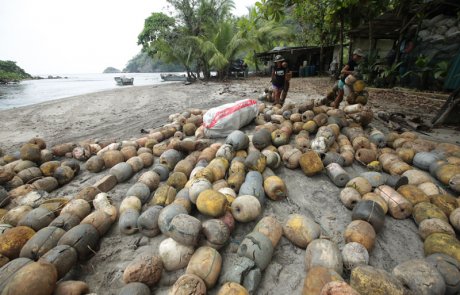 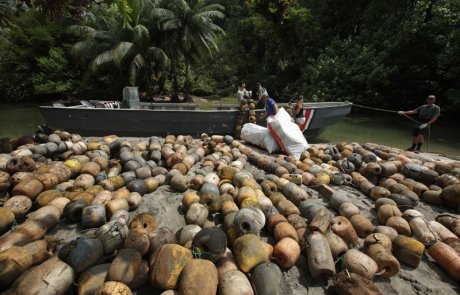 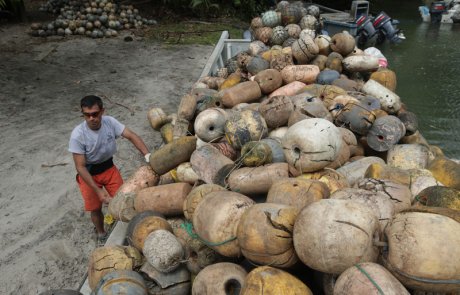 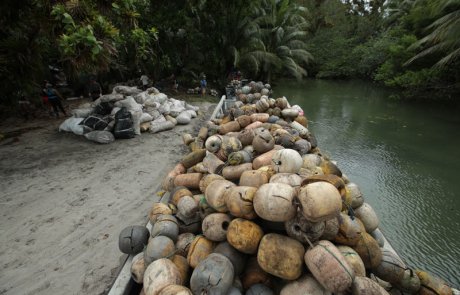 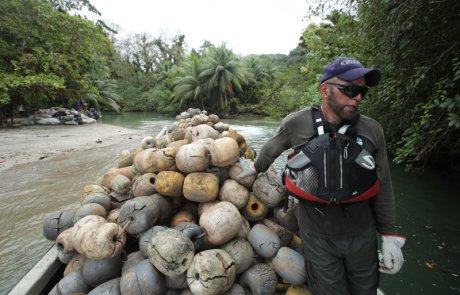 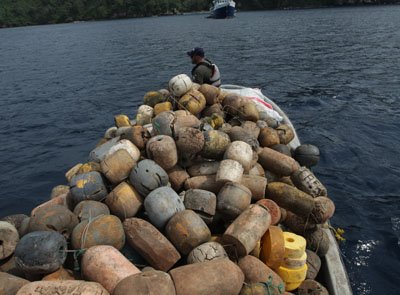 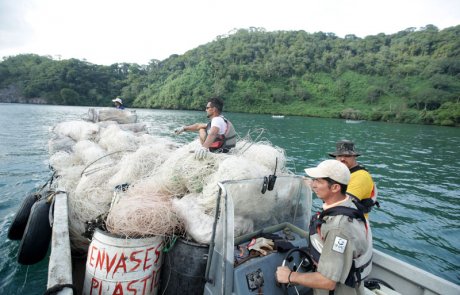 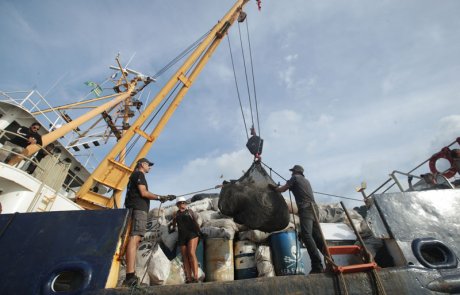 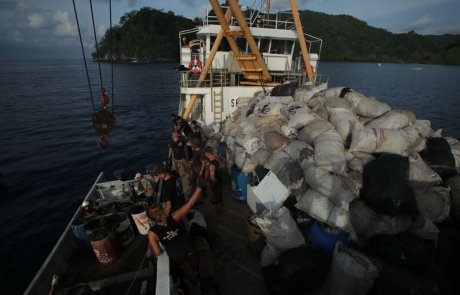